Invented in 1798 by Aloys Senefelder and and employed in the nineteenth centry by painter including Francisco Goya, Honerê Daumier, end Edouard Manet, lithography came into ist full artistic fruition in the 1890s with the color prints of Pierre Bonerd, Henri de Toulouse-Lautrec, and others.It can be one the most direct ptintmaking mediums, since images are executed on a flat surface in much the same manner as watercolors or drawings on paper.

The printing of lithographs is based on the resistance between grease and water.

The artist must utilize grease substance (lithographic crayons or tusche, a liquid applied with a brush) to create an image on the stone or plate, surfaces that have a slight texture to catch and hold the crayon or tusche markings.

Traditionally, heavy stones were used, but now specially prepared metal plates are more common because they are lighter and less cumbersome to handle.

When a lithograph is ready to be printed, a chemical mixture is applied across the composition in order to securely bond the greasy drawn image to the surface. The stone or plate is then dampened with water, which adheres only to the non-greasy areas. With a roller, oily printer`s ink is applied and sticks only to the greasy drawn sections, with blank areas being protected by a film of water.

Paper is then laid on the stone and run through a printing press to transfer the image. 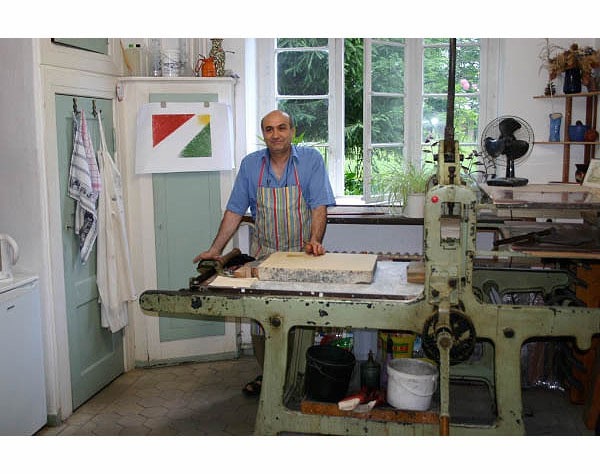 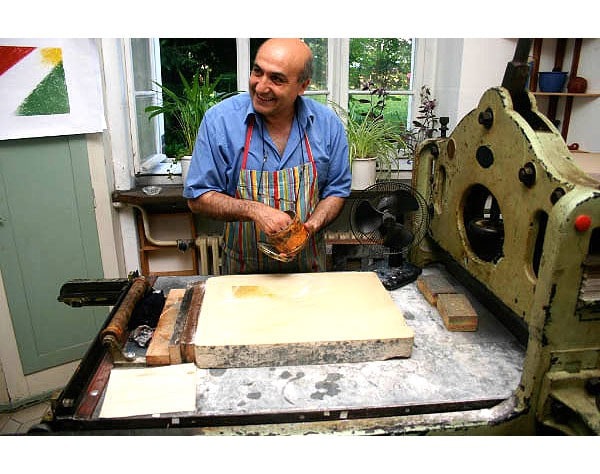 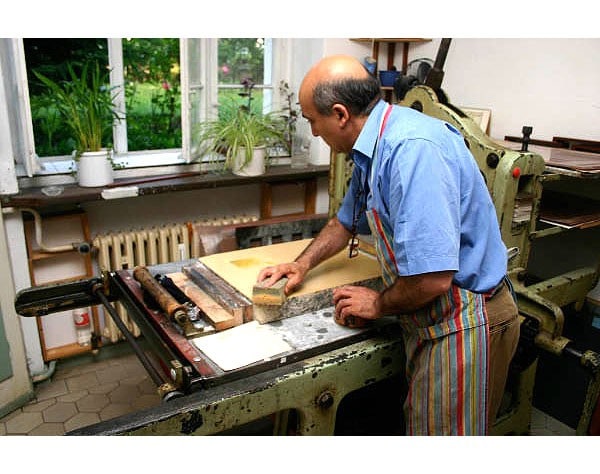 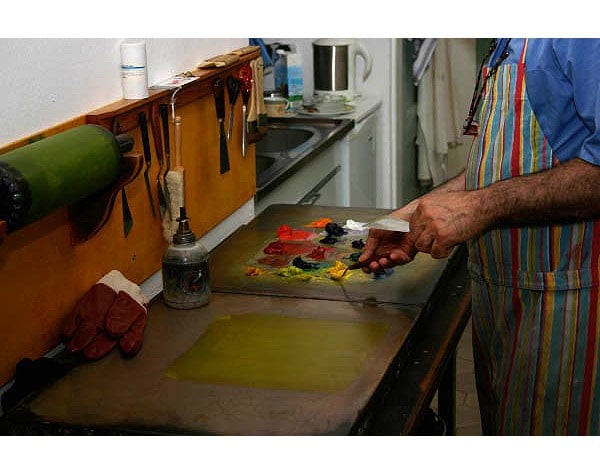 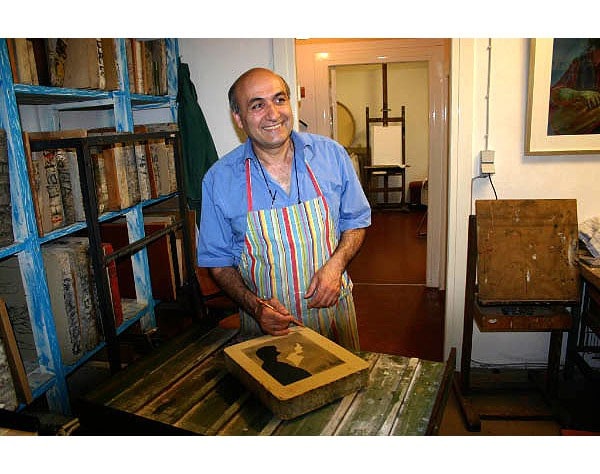 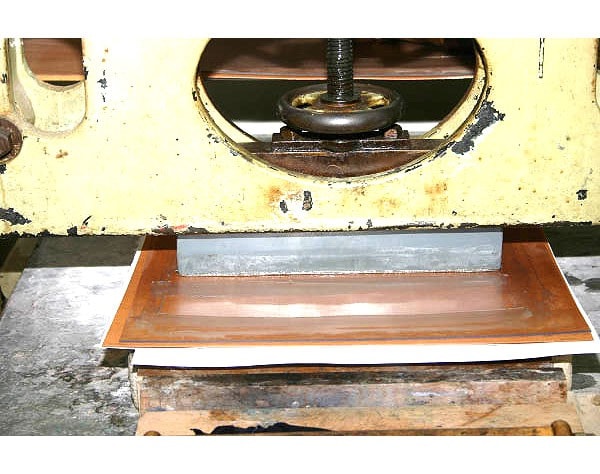 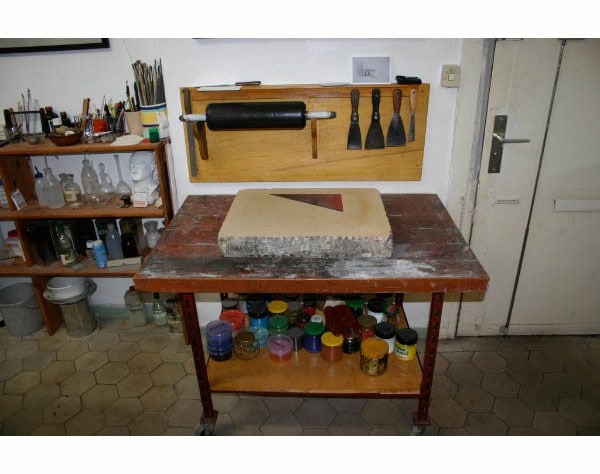 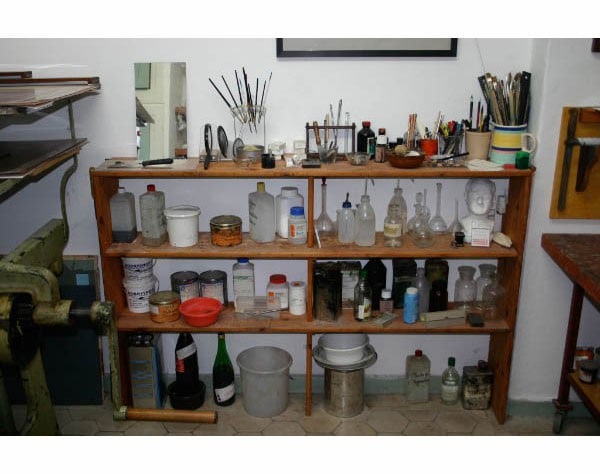 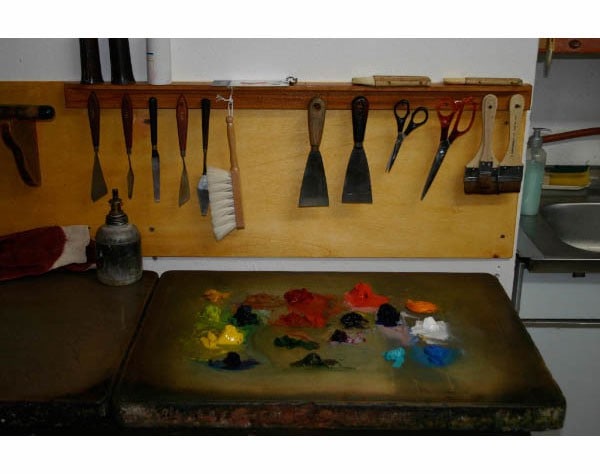 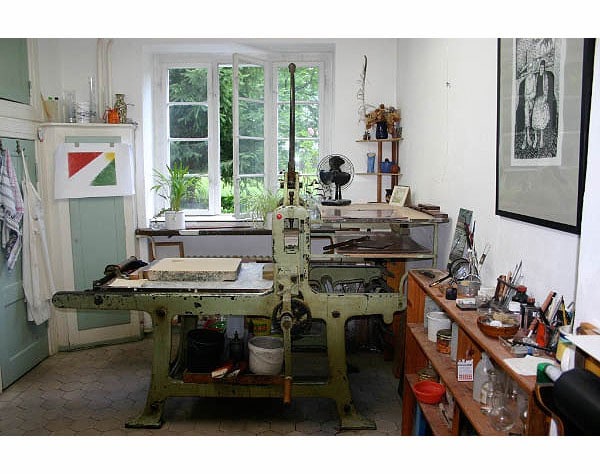 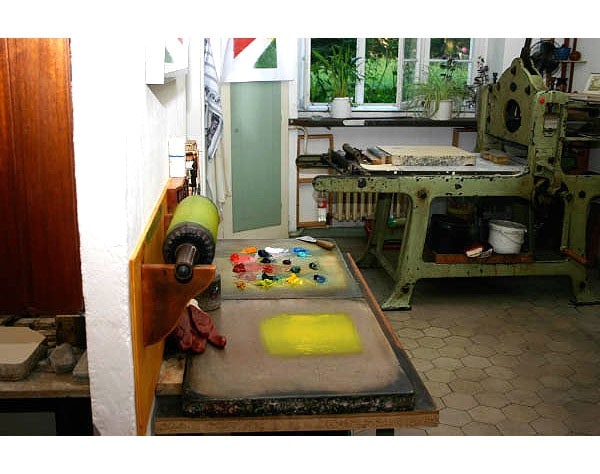 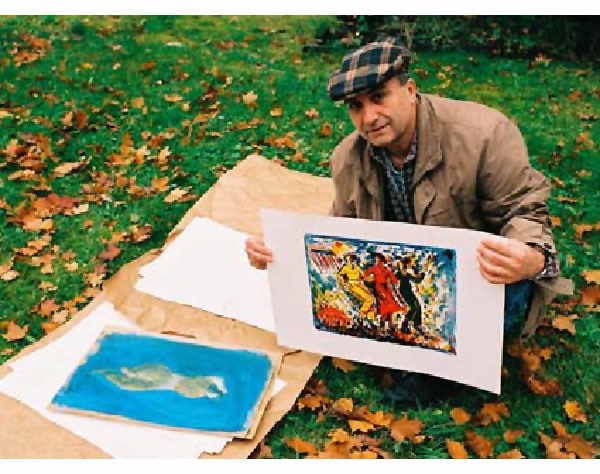